Several small teams are on their way to very technical peaks in the Karakoram, aiming for alpine-style climbs and some ski descents.

Mathieu Maynadier, for example, set his sights on the 7,266m Diran peak.

“The first time I saw this peak 15 years ago, the locals told me that no one had done any downhill skiing [of it]“, wrote Mynadier recently. He’s had the idea in mind ever since.

Diran is not only a worthy target, but also the perfect training for a “project in Nepal next fall”, he added. Maynadier will climb with Leo Slemett.

Last year, Maynadier stopped 100 vertical meters from the still intact summit of Pumari Chhish East. This season, a French expedition makes another attempt. Jérôme Sullivan, Victor Saucede and Christophe Ogier are currently waiting for bad weather on the mountain. But the storm should soon subside.

“The forecast shows better weather next week and everything is going well, then the team could start their push to the top,” said Ishaq Khan of T&T High Mountain says ExplorersWeb.

In an era of increasing commercialization, these small but ambitious teams remain at the forefront of modern mountaineering. The problem (for our coverage) is that they rarely reveal their plans ahead of time or communicate much while they’re climbing.

However, social media silence can have unintended consequences, as Jeff and Priti Wright discovered during their “silent” expedition to K6 Central in 2020.

“We thought we’d be really cool and not post anything about what we were planning…or even go at all,” Jeff Wright wrote. “This had the unintended consequence of several friends worrying about us since we had been dark on social media for over a month.” 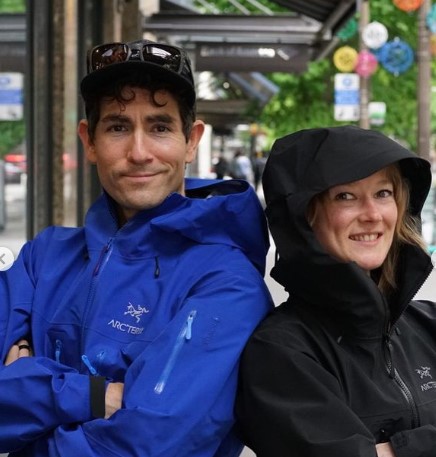 Jeff and Priti Wright before their departure. Photo: Arc’teryx

So this time at least they decided to alert everyone that they are going to be off the grid for a while. “We will be in Pakistan for two months this summer with no internet or cell service in Charakusa Valley,” they said. “We originally didn’t want to disclose our goals for this trip, but our grants have spilled the beans and we’re still vague about the details of our plan.”

Indeed, we reported on grants from the American Alpine Club and mentioned that the couple were heading to K7 Central.

They decided to share their InReach tracker, who located them in the village of Hushe earlier today. Tomorrow they will begin their journey to K7 with a group of porters.

According to local agencies, the Wrights may not be the only ones attempting the K7 this season. 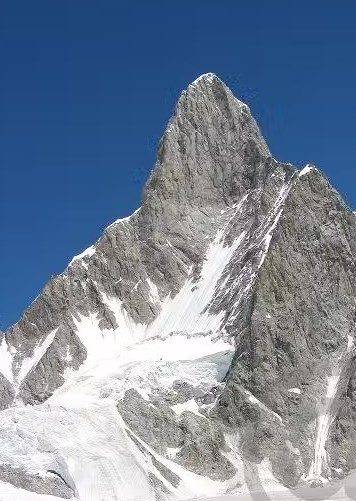 The west face of Tahu Rutum rises at the junction of the Hispar-Biafo glaciers. Photo: Karrar Haidri

Climbers would also head for Lupghar Sar (the late Hansjörg Auer isolated his western tip in 2018), Muchu Chhish (the highest unclimbed peak in the Batura region) and unresolved issues such as Karun Kuh and Tahu Rutun. There are also more expeditions currently on the 6,000 and 7,000 Pakistanis. We’ll share news as we hear it.