A fearless army officer who embarked on a historic trek to the South Pole now hopes to become the first woman to cross Antarctica solo and unassisted.

Captain Preet Chandi, a British Army doctor, became the first woman of color to make a solo, unaided trip to the South Pole in January after covering 700 miles in 40 days.

The 33-year-old – also known as ‘Polar Preet’ – said she is now training for ‘phase two’ of her expedition, which will involve traveling more than 1,000 miles, enduring temperatures going down to minus 50C and wind speeds of up to 60mph, and pulling a sled alongside his kit.

The coast-to-coast trip, which she plans to begin in October, is expected to take about 75 days. 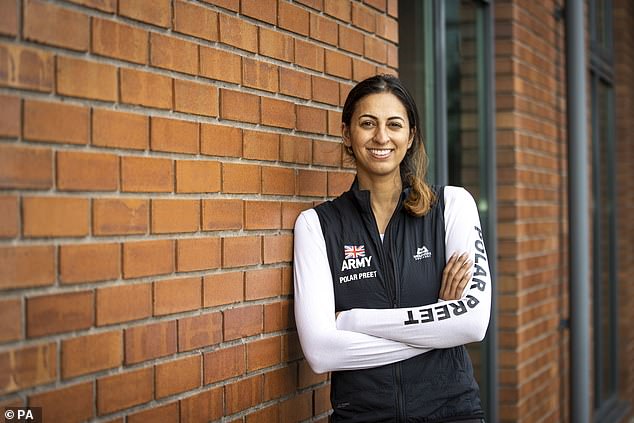 Preet, from Derby, will take a few months off from the army at the end of the year for his expedition.

In an Instagram post announcing the expedition, she said, “Why did I go to Antarctica in the first place and why am I going back?”

“I wanted to show that no matter where we come from, no matter what we look like, we can achieve anything we want.

‘I want to inspire others to push their limits and encourage them to believe in themselves. I want to break that glass ceiling!’

The army physiotherapist, who has served in countries like South Sudan, shared further updates on her trip, writing on her blog that she is “doing so many things now that I wouldn’t have thought I could do it even 5 years ago”. … don’t limit yourself.’ 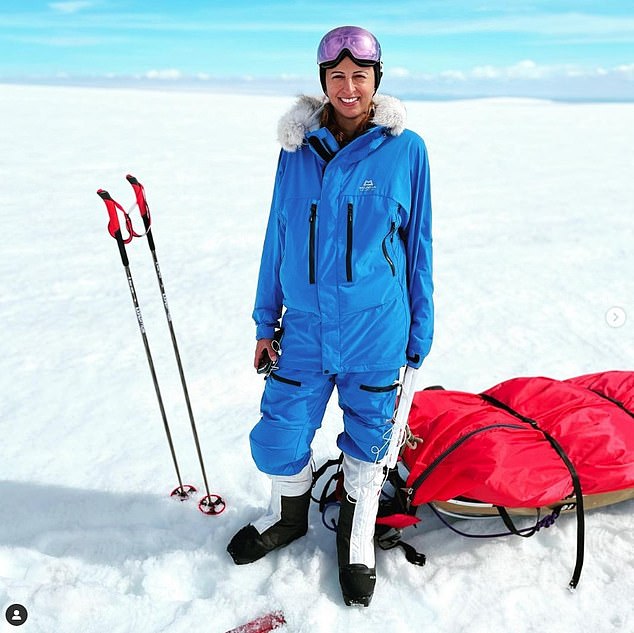 His daily training routine includes cardiovascular and strength exercises, as well as drag tires to replicate the weight of his sled.

When she completed her 700-mile journey to the South Pole earlier this year, Preet said it was “surreal”.

For this feat, she dragged a 190lb sled for 45 days en route to her epic challenge which saw her complete a 700 mile trek in just 40 days.

The London-based serviceman, who serves in a medical regiment in the North West of England, began her epic trek on November 24, 2021 after flying to the Chilean Ice Cap in South America. 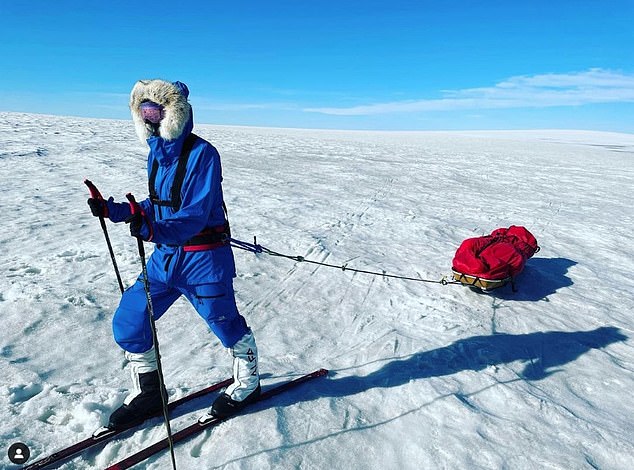 She sent in daily blog posts and photos, revealing how she skied around 11 hours a day – and had to ‘laugh’ every time she fell due to the freezing conditions.

After completing her journey, she shared an inspiring message: “I knew nothing about the polar world three years ago and it’s so surreal to finally be here.

“It was difficult to get here and I want to thank everyone for their support.

This expedition has always been much more than me. I want to encourage people to push their limits and believe in themselves, and I want you to be able to do that without being called a rebel.

“I’ve been told no many times and told to ‘just do the normal thing’, but we create our own normality. You are capable of anything you want.

“No matter where you’re from or where your starting line is, everyone starts somewhere. I don’t just want to smash the glass ceiling, I want to smash it into a million pieces.

The British-born Indian Sikh said she hoped to inspire other Asian women with her historic achievement. 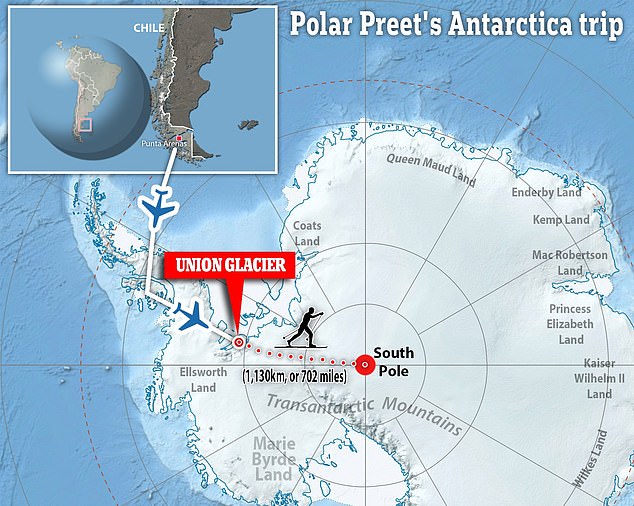 After flying from Punta Arenas in Chile to Antarctica’s Union Glacier, Preet departed from Hercules Inlet on the southern edge of the Ronne Ice Shelf, 702 miles from the South Pole.

She revealed she had eggs thrown at her as a teenager because she “looked different”.

In a blog post, she wrote: “It took me a long time to be proud of the color of my skin. I used to be embarrassed, have eggs thrown at me and being spat on when I was a teenager because I “looked different” certainly didn’t help.

“I took a long time to appreciate my culture and my roots, so when I describe myself as a ‘woman of color’, it’s because I’m finally proud of my skin color, my roots, my culture .

“That term is not used to offend anyone. It’s part of me and doing this expedition as a woman of color is incredibly powerful. I’ve been told many times that I don’t look like an explorer polar… let’s change the picture you expect to see.

She told the Army before leaving: “When I decided I wanted to go to Antarctica, I didn’t know I was going to be the first woman of color to go on a solo expedition to the continent and people told me said, “You don’t look like a polar explorer.

But sport and competition have always been in his blood, leaving home at 14 to play tennis at an academy, before joining the Novak Djokovic Academy in the Czech Republic two years later.

She is also an ultramarathon runner and has taken on some of the most grueling challenges in the world, including the 250km Marathon des Sables across the Sahara desert last year.

The other inspiring British women who broke Antarctica records 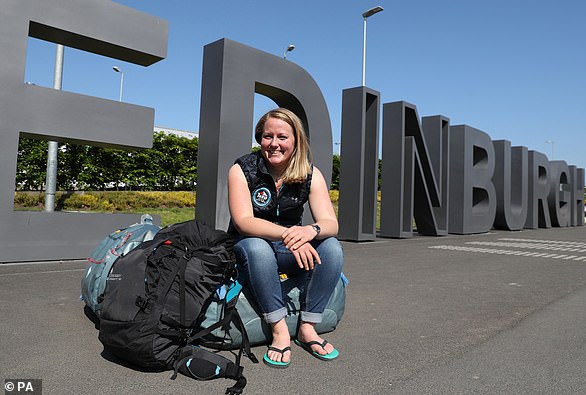 Mollie Hughes (pictured at Edinburgh Airport after becoming the world’s youngest woman to climb Mount Everest from both sides in 2017), 29, who lives in Edinburgh, has become the youngest woman to ski alone at the South Pole in 2019

British women seem to have a thing for conquering Antarctica – and setting records along the way.

Britain’s Felicity Aston was the first woman to ski the icecap alone in 2012.

The record-breaking adventurer completed her grueling journey across the frozen continent on January 23 this year after 59 days of pulling two sleds for 1,084 miles.

She tweeted that she had arrived in Hercules Inlet on the Ronne Ice Shelf, having finally completed her journey which started from Leverett Glacier on November 25, 2011.

Aston, from Kent, also set another record for the first human to ski solo across Antarctica using only his own muscle power.

A man-woman team once combined to ski across Antarctica without kites or machines to pull them, but Aston was the first to do it alone.

Most recently Edinburgh-based adventurer Mollie Hughes, 29, became the youngest woman to ski solo to the South Pole in January 2020.

Ms Hughes skied for 58.5 days pulling all her food in a sled during her lonely trek through Antarctica, before confirming she had reached the Geographic South Pole via Twitter.

Ms Hughes, from Devon, carried 105kg on the 702-mile journey from the Antarctic coast to the South Pole.

She described her expedition, which began on November 13, 2019, as “extremely difficult” due to “extreme” conditions.

Having originally hoped to reach the South Pole on New Year’s Day, she was nearly derailed by the weather in the first two weeks.

She faced headwinds of over 55 knots, temperatures of -45°C and a whiteout for eight consecutive days.

Ms Hughes had already become the youngest woman in the world to climb Mount Everest from both sides in 2017.

She said on her first expedition, “I think it’s really important to show diversity and increase that diversity just to show that it’s possible and it doesn’t matter where you’re from or what your background or what you look like, you can achieve something like this.

According to the army, Preet had never even camped before joining the force.

Since then she has been mountaineering and wild camping in Wales and spent months learning polar navigation and sled pulling in Norway.

The super fit squad has also hiked in countries like Brazil, Bolivia and Peru.