When I was 16, there were two main cars I learned to drive in. One was my dad’s big burgundy Chevy Suburban, which was about the biggest thing you could drive that wasn’t classified as a utility vehicle. The other was a 1987 Mazda Protege my dad got from his boss for $25.

The two cars couldn’t have been much more different. The Chevy was a gas guzzler with an automatic transmission and room for about eight people. The Mazda was small and nimble and could carry four or five. It had a manual transmission with a really fun clutch. Fun not only for the fact that it had a clutch, but fun in that it was one of those clutches that rolled in a really fun way. If you’re a fan of manual drive cars, you probably know what I’m talking about and if not, well, you’re missing out.

As I learned to drive that year, I started out in the monstrous Chevy. Sure, it was big, but the automatic transmission made it pretty easy. You just press the gas and the transmission takes care of the rest, or almost. I guess you still needed to brake and all, but that’s pretty easy compared to learning the ins and outs of a manual transmission. But over time I learned that too and got used to driving the Mazda more than the Chevy.

Around the same time, I also started running. I eventually went from a footballer who ran to a runner who sometimes played football. The funny thing is that sportingly, this transition was the opposite of my driving. Let me explain to you.

Zach Miller’s current playground in the mountains of Andorra. All photos courtesy of Zach Miller.

If sport is a car, then football was the Mazda and racing was the Chevy. Football is a very dynamic sport. Although it involves a lot of running, the ultimate goal is not to be the best runner on the pitch, but the best footballer on the pitch. It involves a lot of shifting. Sometimes you sprint, other times you trot, and heck, you might even stand still once in a while.

But even standing still doesn’t necessarily mean you’re slacking off. After all, you don’t win the game by running the most. You win the game by scoring the most goals. Running is just one way to do that, and learning how to use all your gear helps make it a more sustainable task.

Racing, on the other hand, especially road racing and track racing, was the Chevy. It was a much less dynamic sport. Of course, there were tactics and strategy; but for the most part you just run. You revved up the engine and put on the gas. The more you put on the gas, the more the transmission changed, but it was not the distinct, conscious change of football. It was a smoother, more automatic sequence.

The fitter you were, the more gears you had, but you didn’t think too much about the clutch. You mostly pushed the gas. If the fitness and the legs were there, so were those automatic gears. But if you pushed too hard and ran out of gas, the car would stop and you wouldn’t drive. In football, you could stand still and continue playing football, but in racing, once you stopped, it was as if you had retired from the competition.

Of course, that wasn’t entirely true. Technically, you could “enter,” but even if you did, you might feel the need to add an asterisk to your performance. If you walked the last 100 yards, did you really run the full mile? Now, that might sound a little harsh, but I’m trying to convey a mindset that I developed as a young runner, the mindset that running was either on or off. There was no in-between. Sure, there was a slower run and a faster run, but once you were walking with both feet on the ground at the same time, you weren’t running anymore. And so, I became a runner at all costs… at every step.

On the road and on the track, it was something I could achieve. I didn’t need to walk. Sure, sometimes you got tired and went slower, but it was never really necessary to go into hike or walk mode. Then I started trail running and mountain running. It was a different area of ​​sport, and yet I approached it with the same mentality. I tried to run every step. 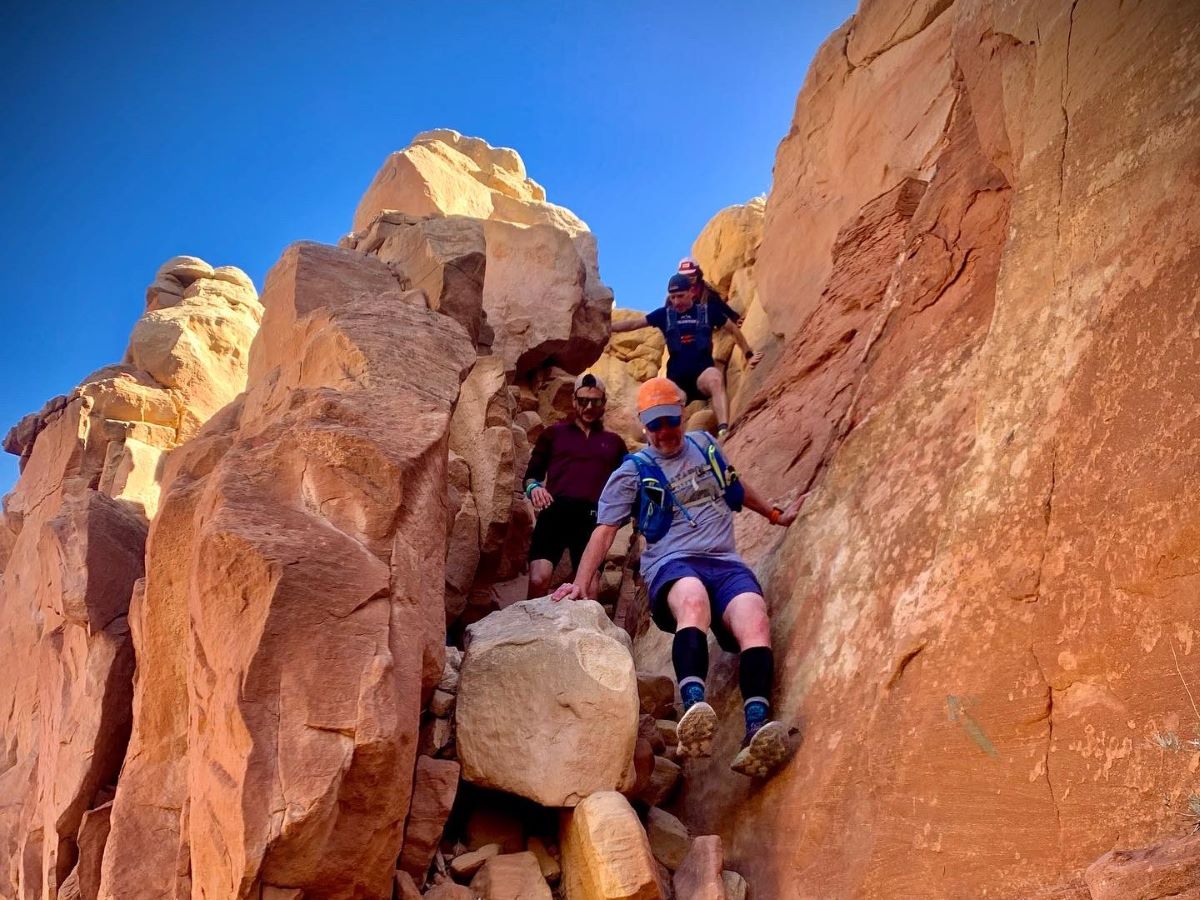 Navigating a technical descent in New Mexico. Not all terrain in a mountain run lends itself to literal running.

For the most part, I succeeded. I was shortening my stride and trotting up the climbs most would do. However, the temptation to change my habits was looming. I encountered such steep and technical terrain that the hike just made sense. Maybe I would walk here and there. Yet I almost always tried to run.

I remember being at US Mountain Running Championships a year and get overtaken Eric Blake on the infamous “Upper Walking Boss”, as he walked and I tried to run. Maybe that should have been a wake-up call, but my stubbornness persisted.

As I ran longer and longer, mountain ultramarathons, I found myself hiking a lot. Not so much because I wanted to, but more because my body just didn’t seem able to climb up and down such steep terrain without interruption. In a way, I accepted it, but it was more out of necessity than desire. I didn’t really adopt it.

Last winter, however, I spent a large part of the winter on skis: mainly Nordic, but also a little splitboard. Both of these sports rely heavily on the use of poles to help propel themselves forward. Fast forward a few months, and I am now in Andorra training on very steep terrain. And guess what? I hike. Of course, I still do a lot of running, but I’m learning to drive the Mazda. I go from hiking to running, somewhere in between.

I really like this! It feels smoother and more efficient. It’s dynamic. It mixes the distribution of stress on the body. I learn that hiking is not a failure. I like to think of it like that. When I ski skating in winter, there are different techniques that I use to get from point A to point B. They are all different, but they are all ski skating.

Sure, a strong V2 technique may tend to be faster than a V1, but the V1 technique is still skiing and still useful. The goal of Nordic skiing is not to use one technique all the time. The goal is to use all the techniques you might need to reach the finish line as quickly as possible. 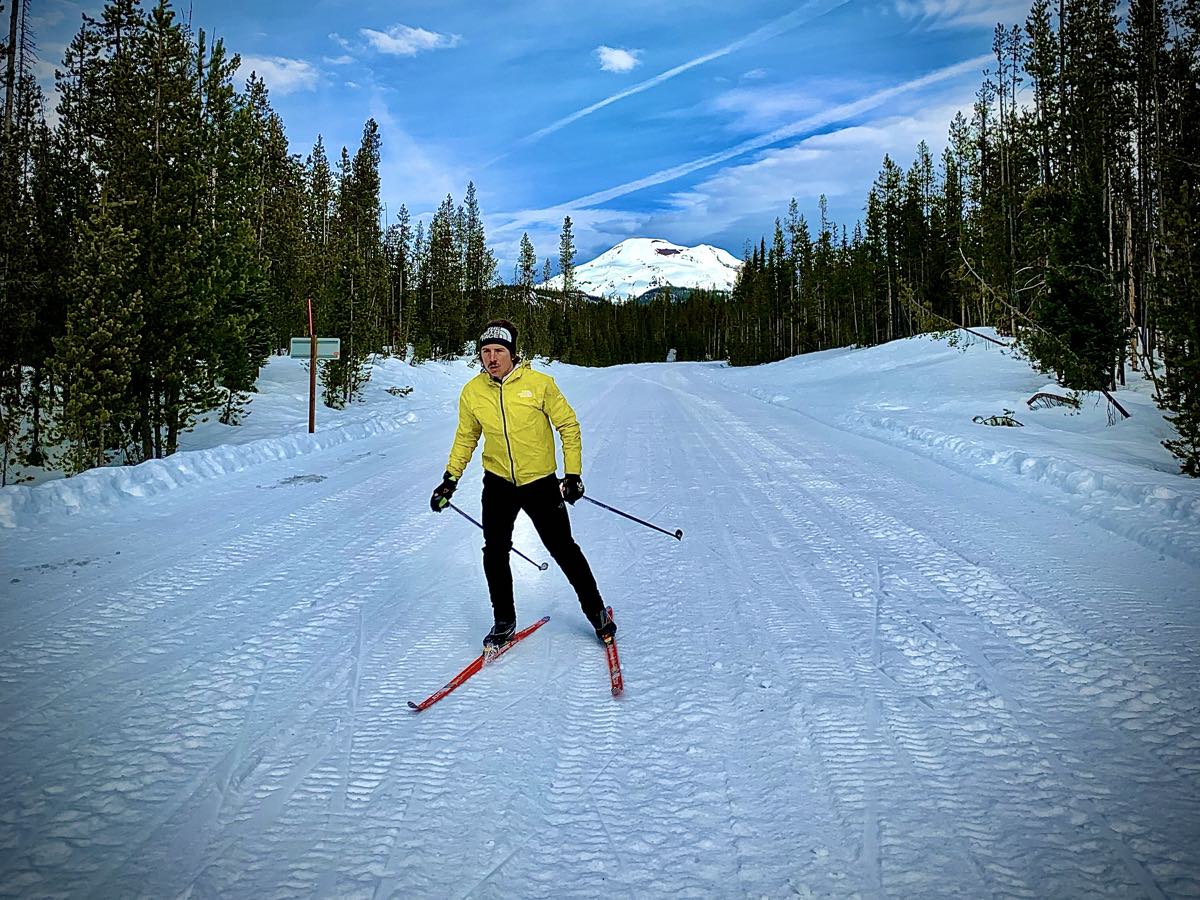 I think the same goes for mountain running. In fact, “mountain running” may be a misleading term. This gives the impression that you have to run every step, when in reality the goal is simply to pass as quickly as possible between points A and B.

We don’t drive a manual car on a flat road, mindlessly pressing the accelerator pedal until it plateaus or overheats. No, we grab that manual gearbox and use it to our advantage. First, second, third, fourth and fifth…each is a driving gear. The trick is knowing when to use each one.